Enjoy free shipping on all orders over $50!

Smudging is a practice of burning sage or other medicinal plants or wood. It has been popularized in recent years by the “New Age” movement, but it’s actually a practice that has been used for thousands of years by Native Americans. Historically, Egyptians and Greeks also practiced smudging by using frankincense and myrrh as a part of religious ceremonies. To this day, the Catholic Church practices a form of smudging when burning frankincense to purify the church and symbolize prayers rising to heaven.

Indigenous cultures treat plants as more than living things - they are entities with a spirit. In that respect, the burning of sage (or another herb or wood) is a way of connecting to the spirit of the plant. By burning sage with mindfulness and attention, you invite the spirit of sage to lend its cleansing and protective energy into your space, body, energy. 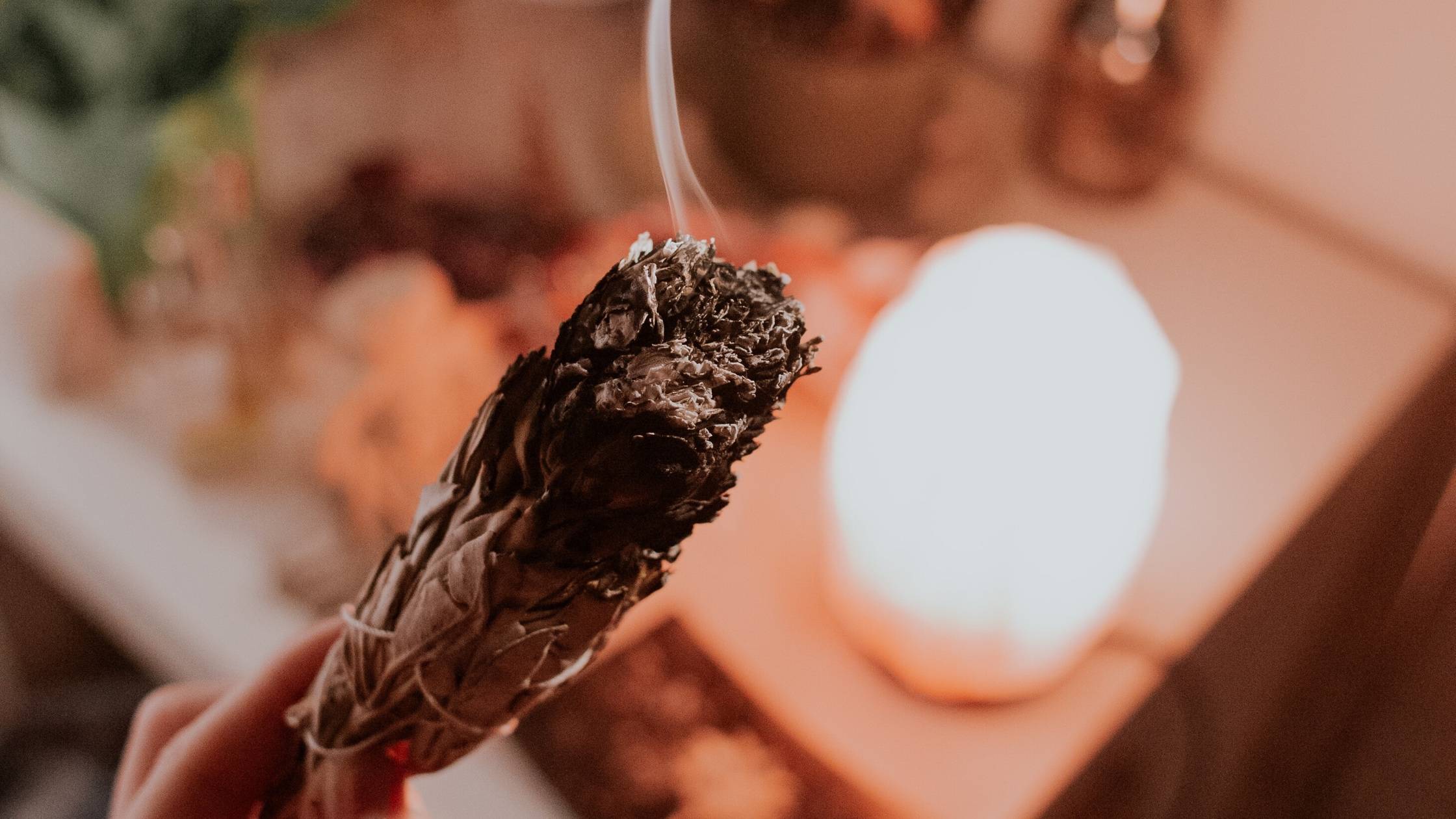 How do you smudge?

There’s no wrong way to practice a smudging ceremony. Commonly, smudging ceremonies are done to clear the energy of a new home, clear the space after an argument, or even clear your mind after a bad day. Smudging can also be done on the body to heal specific areas or clear energetic fields.Below you’ll find a ceremony for a home clearing ritual.

The effects of smudging vary depending on the type of herbs or wood used.

- Sage is believed to drive away negative energy.

- Cedar functions as a purifier.

- Palo Santo wood is known for its grounding and focusing effects to increase creativity.

In addition to the spiritual effects of smudging, there’s also evidence that smudging clears the air of bacteria. A study published in 2007 observed that a 1-hour treatment of medicinal smoke caused a 94% reduction of bacteria counts for up to 30 days.

1. Enter your smudge ceremony with a calm and meditative headspace. There’s no need to feel rushed or stressed during a ceremony. Treat this time a sacred.

2. Gather your tools. You’ll need a smudge stick, a fire source (match, candle, or lighter), and a bowl or shell to hold underneath the smudge stick to catch the ashes. You can also use a prayer feather or smudge feather to direct the smoke.

3. Take a moment to set an intention for your ceremony. What is it that you are trying to release from your space? Then decide on a mantra to think or speak out loud during the ceremony that captures the intention. A simple mantra for energy clearing: “Cleanse this space of negative energy. Surround this space with light.” 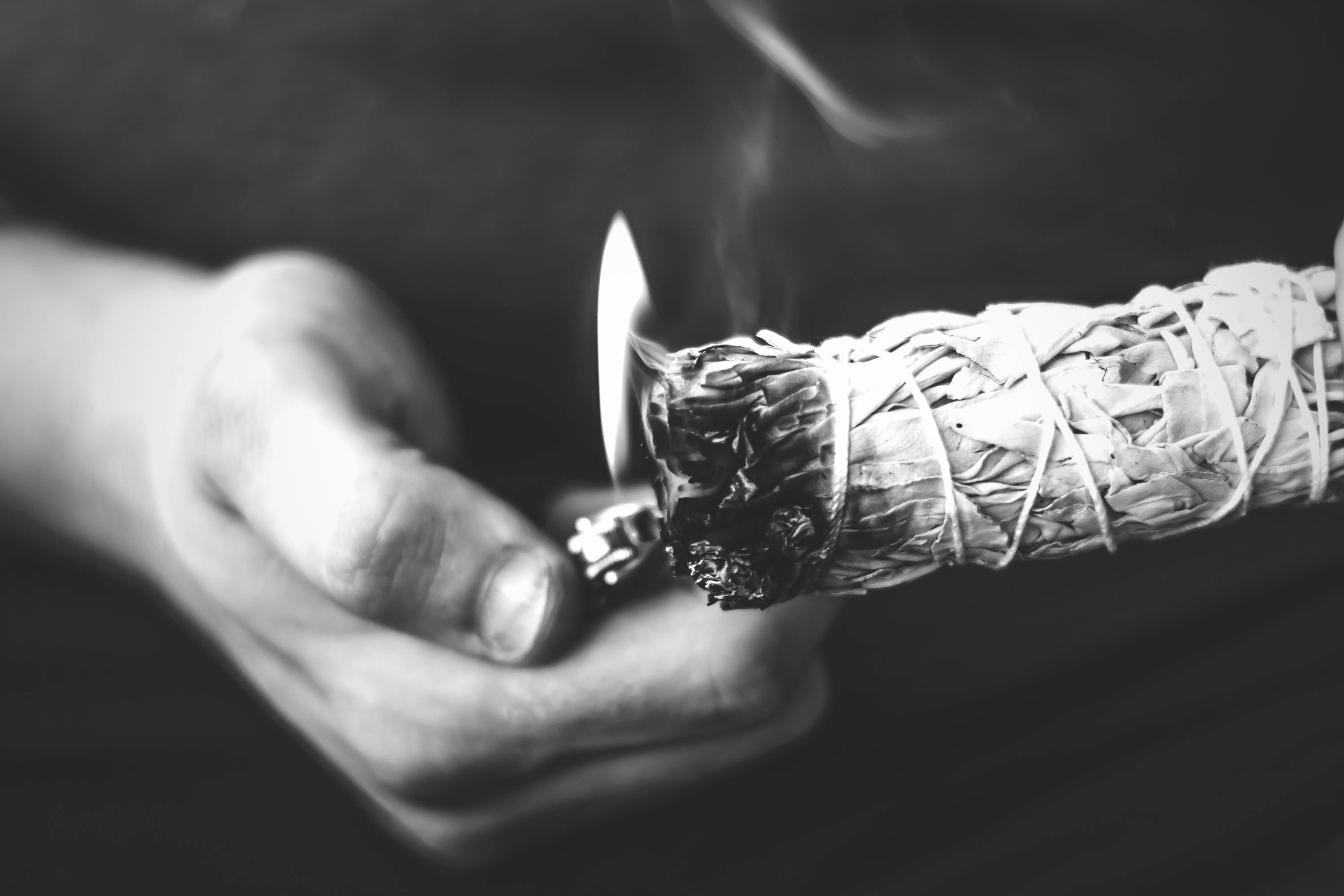 4. Light your smudge stick with your fire source and let it burn for about 20 seconds to catch flame and then gently blow out so that you see the embers.

5. Start by smudging the circumference of the front door or the door of the room you are smudging. Repeat your mantra as you continue through the ceremony.

6. Mindfully, move clockwise around the space, directing smoke into each room and all areas of the rooms. Be sure to give special attention to mirrors, corners of rooms, and closets where energy can be stagnant for long periods of time.

7. Arriving back at the front door, chant your mantra one last time and close with a prayer. Visualize your home filled with white light.

8. Extinguish your smudge into the bowl or into dirt or sand until the smoke no longer rises. Do not get the smudge stick wet as it will make it harder to light next time.

Very efficient in responding to my questions. Thank you 🙏

Comments will be approved before showing up.